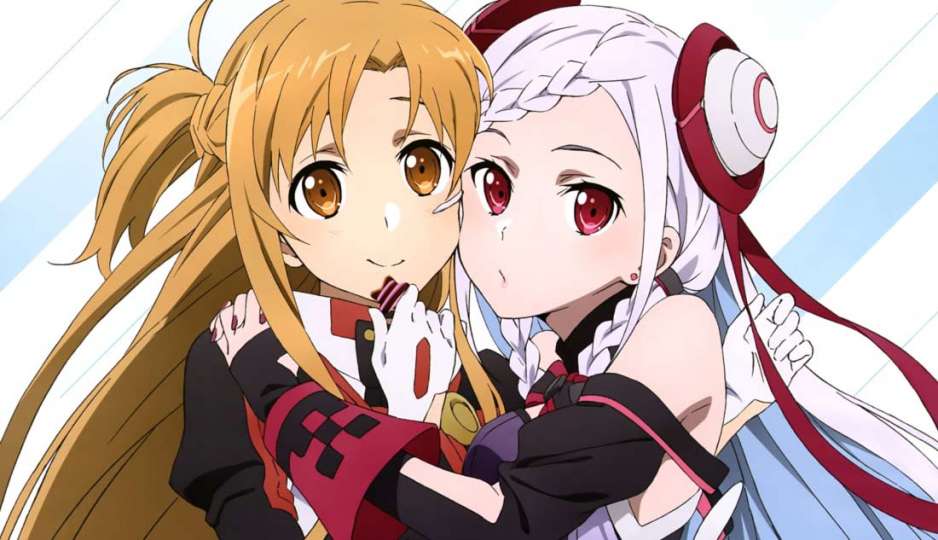 Do you know what the term “Burikko” means? It refers to Japanese girls that dress and walk a certain way. Plus, they always talk with a high-pitched voice, act a bit childish, and have a special attitude towards man. And, finally, these girls really like to use unique gestures in their day-to-day lives.

In this post, we’ll take a look at the top 5 eye-catching Kawaii gestures and learn more about the world of Burikko. Get yourself ready for a bunch of cute, funny, and somewhat ridiculous things that these young ladies do. You might’ve seen some of these gestures in anime/real life before but didn’t really know that they were a “thing.”

This is one of those classic, die-hard Burikko gestures that have a great effect on men that are into anime. The interesting part is – no girl out there does this when she is really angry. It is just a pretend game. Then there’s the weird “pun pun” saying that these ladies use whenever they get frustrated/confused/angry with something.

Generally speaking, you shouldn’t even pay attention to a girl when she’s doing it. Keep in mind that this is all just a part of a game and Burikko are rarely if ever sincere in their emotions.

This word is used to describe a very cute pose that many anime girls assume. The knees should be turned towards the middle, with the feet pointing towards each other. Is it easy to walk with your legs twisted like that? No, it really isn’t. But who cares, right? As long as it looks adorable and reminds the true fans of certain anime characters, the Burikko girls are ready to get uncomfortable and even fight the pain.

For a man/woman from the western civilization, it will be quite hard to pronounce this term right. However, of the top 5 eye-catching kawaii gestures, it is definitely among the most popular ones, even though it’s brand-new. Note: almost no girl out there will have this expression on her face when walking down the street or drinking coffee in a public place.

No, they use it when taking selfies or talking to their closest friends. Does it make them look cute? Absolutely! It also makes the girls look as if they’re about to kiss some lucky guy.

Wait, what? Yes, you heard it right: a lot of Burikko girls out there prefer to cut their sneezes short. Why do they do that, exactly? The same reason as always: to look adorable and to attract attention. Usually, when they sneeze, they say “kuchun” and it’s almost impossible to hear the sound of the actual sneeze. So, the next time you get together with a Burikko girl, try to capture the exact moment when she sneezes.

Who wouldn’t want a beautiful young woman to look straight into their eyes, right? Here are the facts: most people in Japan are shy and tend to look at their hands, at the ground, at the sky, or at anything else except for the men/women they’re talking to. However, this is considered to be rude, and that is exactly why Burikko girls work on their “staring skills” – to impress the crowd.

Alright, that’s it for our top 5 eye-catching kawaii gestures! We really hope that you learned something new today and won’t look like a complete foreigner the next time you meet a Burikko. 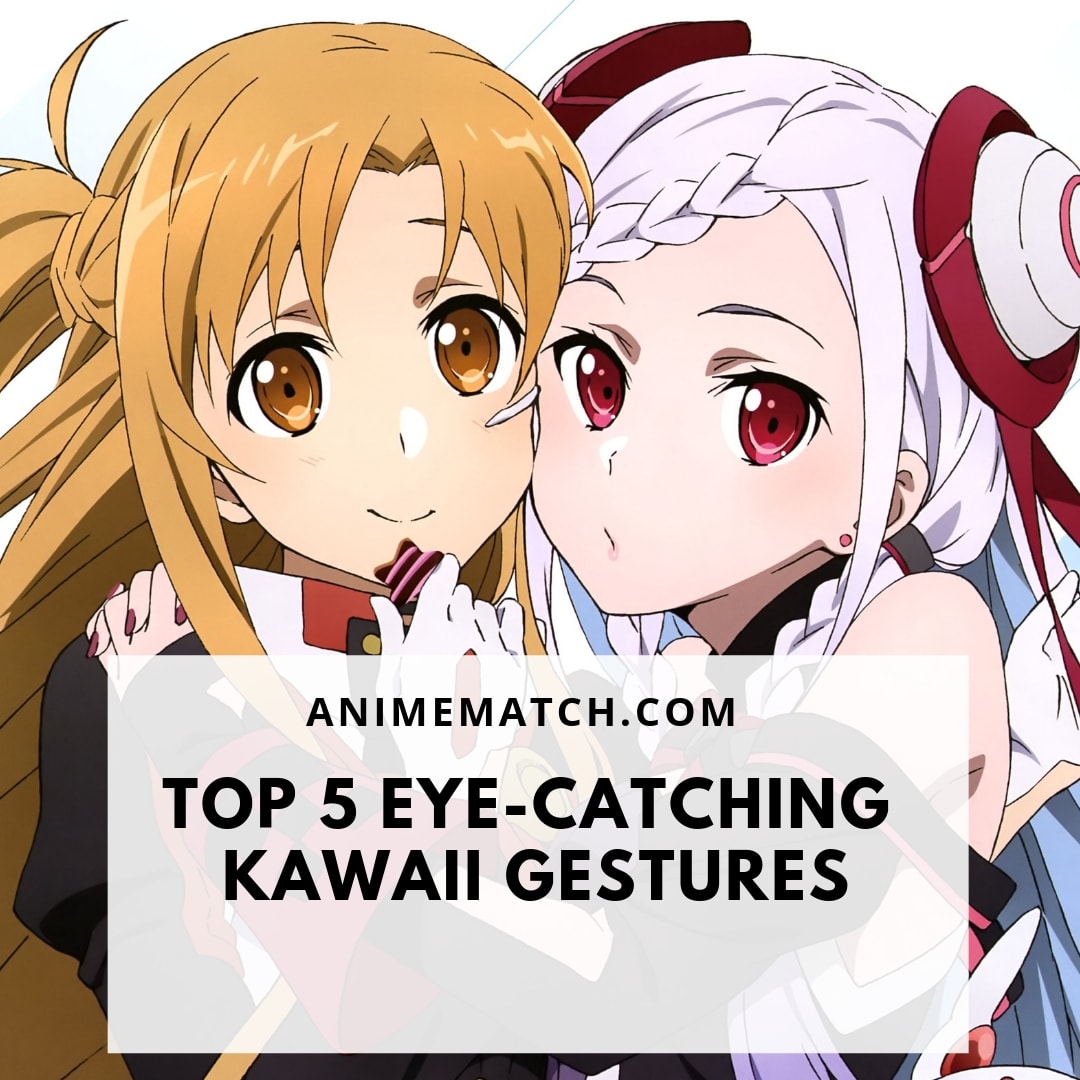 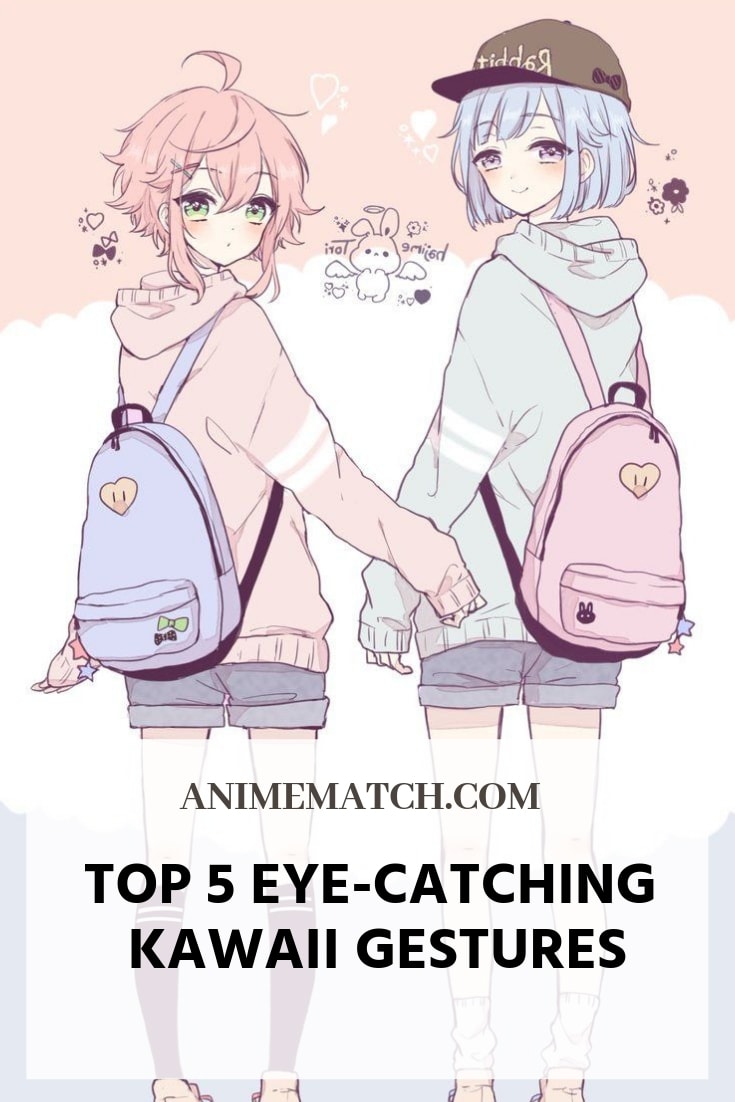