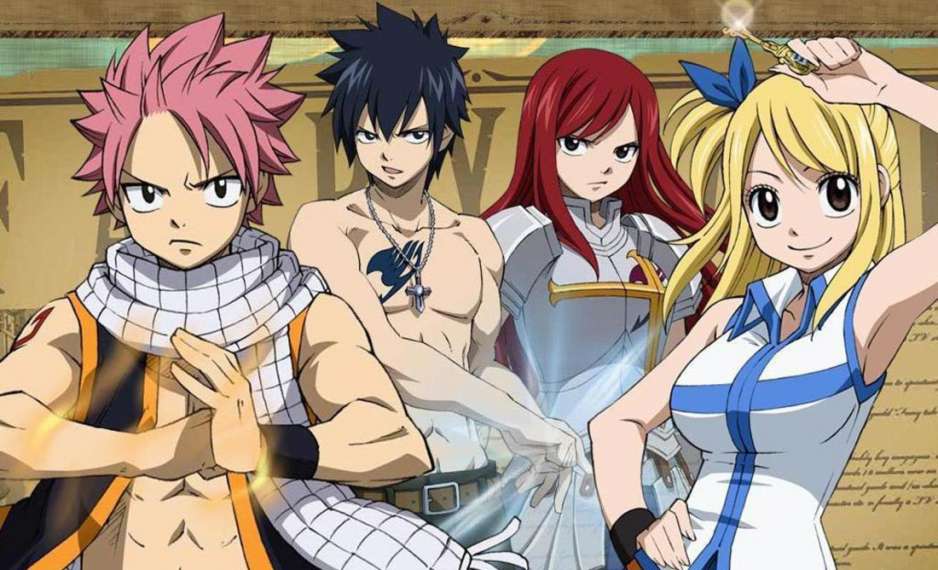 If you’re a 13-17-year-old kid and are in love with fun, entertaining, and action-charged stories, then the following Top 10 shonen anime list is exactly what you’re looking for. According to statistics, this is one of the most popular and fan-favored genres out there, and you’ll never get bored watching it.

Now, we did just say that shonen is aimed at teenage boys, but it’s safe to say that even the grown-ups will have a good time watching our hand-picked series. So, sit back, relax, make yourself a cup of coffee and let’s roll! Even if you’ve never been a fan of anime, we bet you have still heard about some of these titles.

A quick note: first of all, this is our personal list, and it is not based on any surveys. Secondly, since we couldn’t afford to focus on every single series from the list, for the sake of keeping the post nice and short, we’ll just give you the names of the 10-4 and elaborate a bit on the top-3. A final warning: if you get hooked to one of these shows, you’ll have to prepare yourself for a long journey, as they comprise of hundreds of episodes!

#7 –Magi: The Labyrinth Of Magic

Wait, how come Dragon Ball, My Hero Academia and The Seven Deadly Sins aren’t on top of the list? Aren’t they some of the best and most commercially successful anime in history? Yes, they are, and you’ll definitely have a blast watching any of the 10-4 series. At the same time, they don’t have what it takes to compete with the champs.

So, which titles made it to the pedestal of the Top 10 shonen anime list? Let’s see! By the way, are there any of your personal favorites on the list? Or maybe you’ve got some suggestions? Make sure to share your own top-10s in the comments section below.

Most critics are calling Naruto the meat and potatoes of shonen, and there’s a lot of truth to that. Part human, part demonic fox, this young boy is destined for greatness. Even though his village isn’t particularly fond of him, he’s ready to do whatever it takes to protect it from the bad guys and become a local legend.

The only way he can do that is by turning into a deadly ninja. The reason why we didn’t put Naruto on the #1 spot is that every single season comes with a bunch of “filler episodes” and that’s not really cool.

Monkey, a funny little fella, has a dream: he wants to become a King among pirates. But how is he going to do that? By finding and claiming One Piece, of course, the most precious treasure in the entire world! So, the boy gets a crew together, finds a semi-decent boat and embarks on the most exciting adventure in his life. Of the top 10 shonen anime, this is probably the most entertaining one.

Alright, we’re finally down to the #1 spot. In this cruel world, Hunters are the new superstars, and Gon, a 12-year-old boy, vows to be a great Hunter, just like his dad. On his quest towards greatness, he makes new friends, enemies, tests his own skills, and goes through new experiences.

This is the most dangerous adventure he’s ever been a part of, but the reward is worth all the struggles. Hunter X Hunter is a wonderful mix of adrenaline-pumping action, breath-taking execution, and a beautiful story. 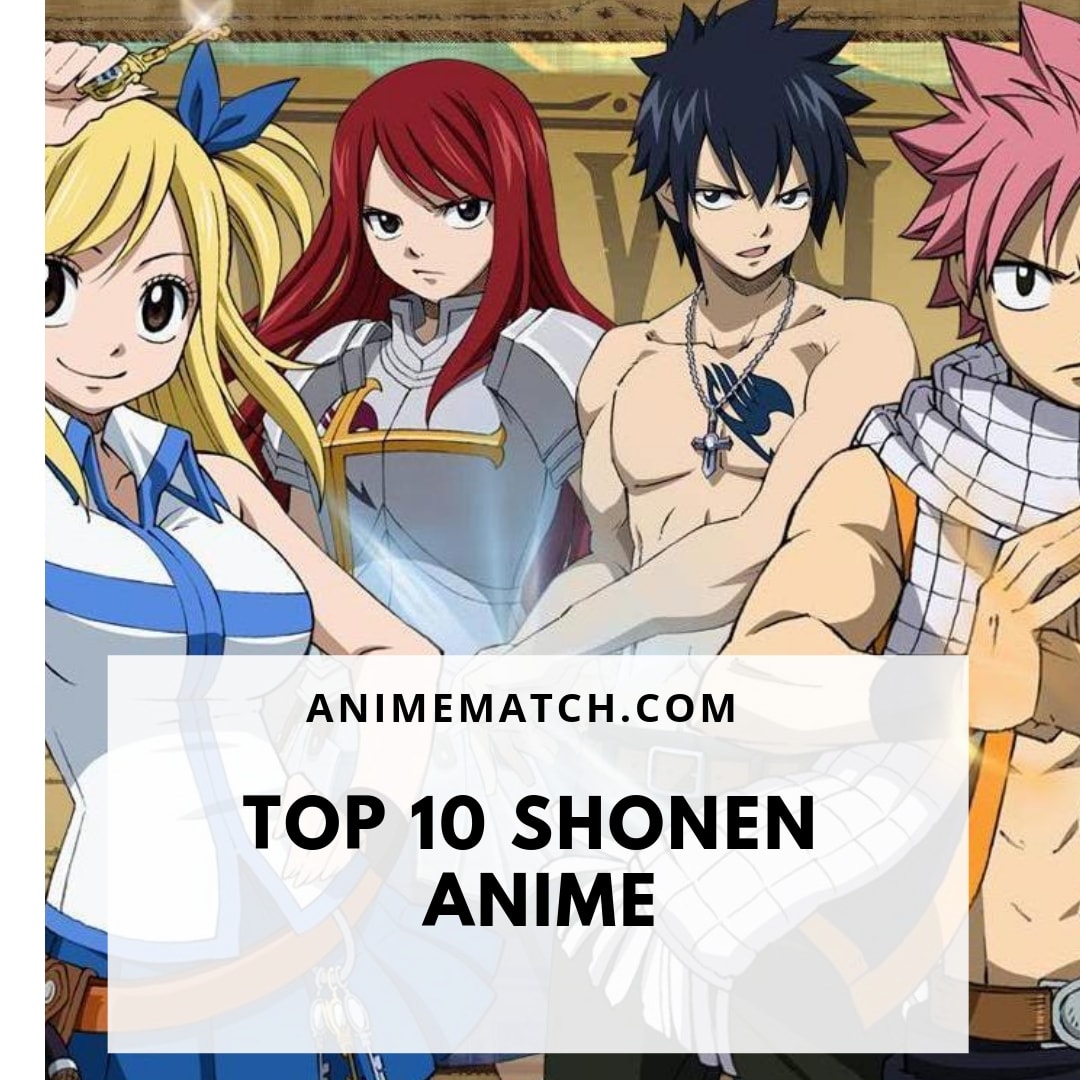 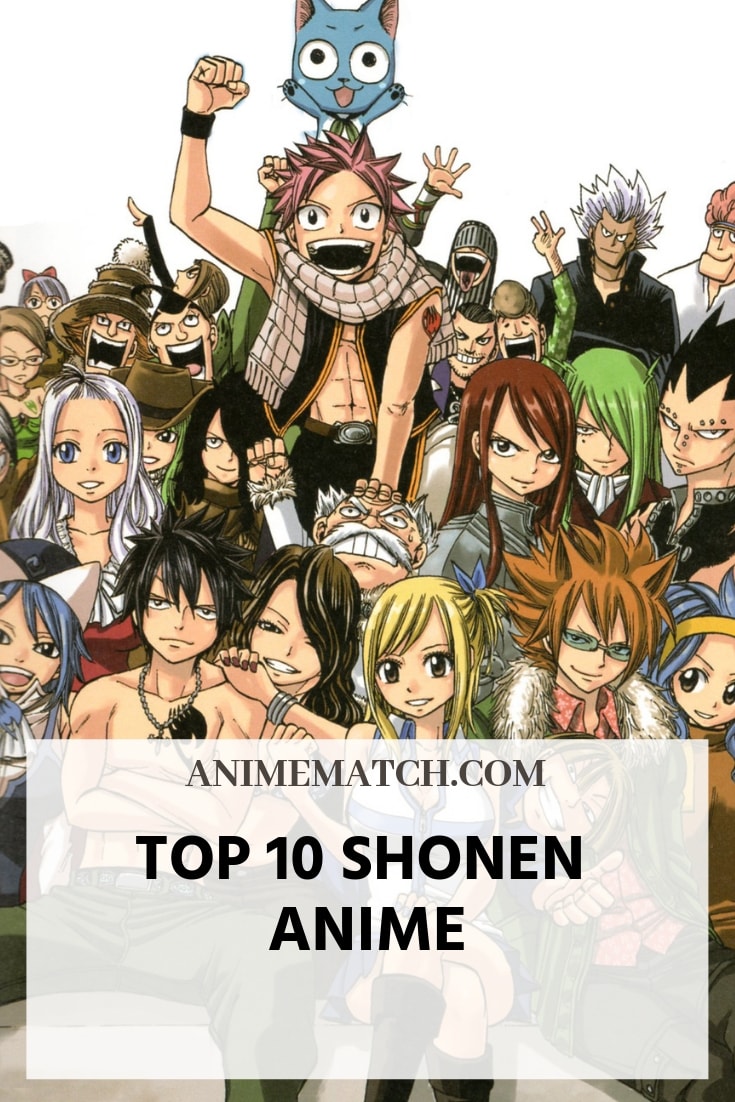