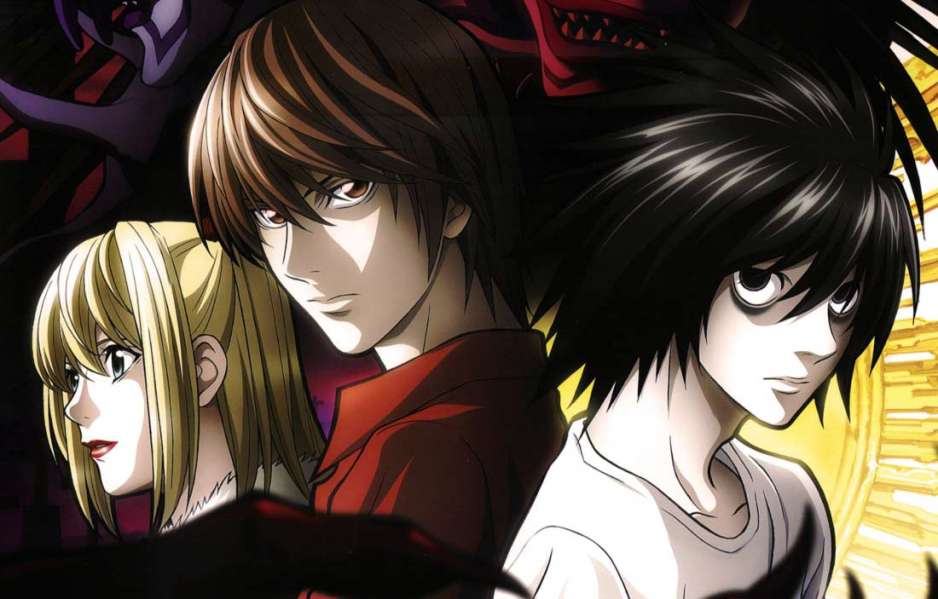 It’s not rare for an anime movie/series to come at the audience with unbelievable plot twists, crazy characters, and even “psychological warfare” – that’s a huge part of the genre. In today’s top 10 psychological anime list, you’ll find an impressive collection of equally twisted and beautiful tales that will linger on long after the end titles.

Be careful, though, as most of these series are quite intense and will, most certainly, leave a strong mark. Yes, anime isn’t only about funny faces and comedy stories; sometimes, it takes storytelling to a whole another level, proving once again that the Japanese know how to create “hook-heavy” franchises.

Alright, without further ado, let us go ahead and take a closer look at the top 10 psychological anime. If you’re a fan of the genre and have some of your own favorites, please, don’t hesitate to share your personal list of the best of the best in the comments section. Hopefully, you’ll find our list equally interesting. One more thing: we didn’t want to make a gigantic post, which is exactly why the 10-4 come without any details (we will focus on the top-3 more).

That’s quite an impressive list, isn’t it? Personally, we really love Code Geass and Ergo Proxy, because those series are just what the doctor ordered. Intriguing, fascinating, and with a healthy dose of crazy, they are capable of taking you away into different worlds and never letting go.

No Game No Life is also very captivating, especially if you’ve got a soft spot for stories about mind games and strong will. But hey – that was only the beginning of our top 10 psychological anime post. Now it’s time to check out the winners!

This cyberpunk series is unbelievably stylish and has been compared to the iconic movie Minority Report more than once. The fans of the genre will definitely appreciate Future Diary.

Madness, desperation, moral deprivation, and a light at the end of the tunnel – that’s what this masterpiece is all about. Chaos is everywhere, and it drives every single person crazy. In order to survive, one has to go through a never-ending struggle against his/her own self.

The title says it all. We encourage you to stop for a second and check out the official trailer on YouTube. It’s capable of impressing even the most skeptical viewers. In this world, it never stops raining, and no matter where you go, trouble will always follow. A Psycho-Pass means that you are totally normal; on the other hand, if the system finds you dangerous for society, special agents will come knocking on your door.

Alright, dear fans, this is the end of the top 10 psychological anime list. Even though Death Note is on top, we want to say that all 10 entries are worth giving a shot. But that doesn’t mean that Death Note isn’ the king of the genre, of course!

With numerous rave reviews and millions of loyal fans around the world, this is quite the crowd-pleaser. Mind games, wicked twists, realistic characters, and a riveting story turn Death Note into a modern-day classic. 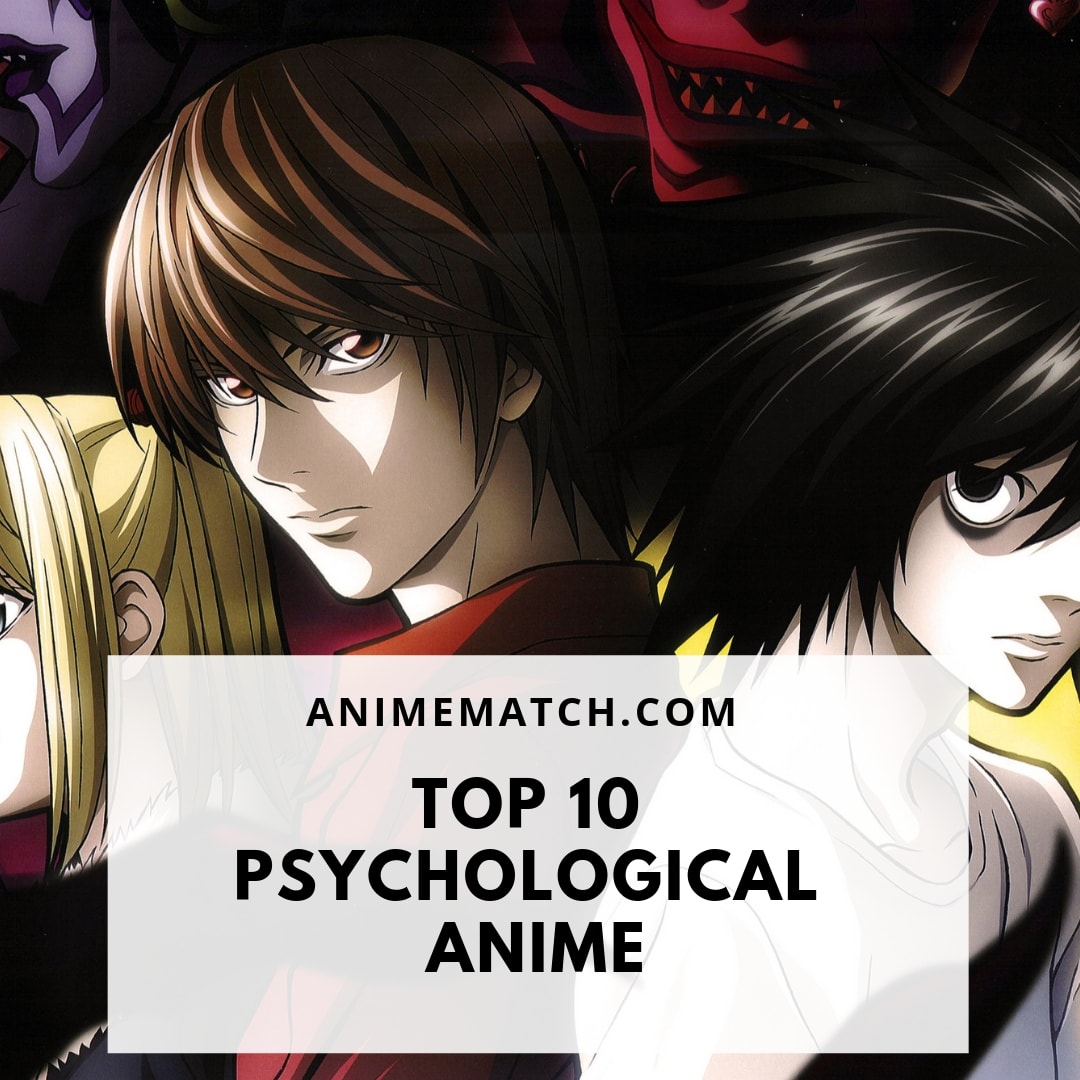 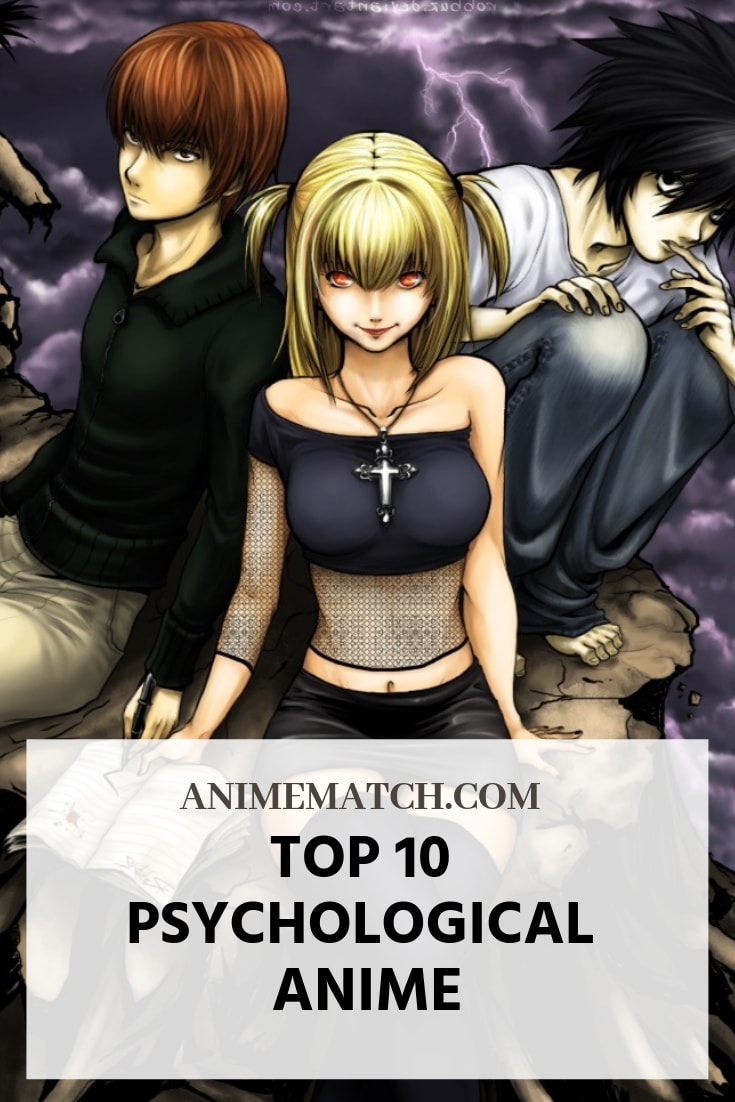