I Hate My Mother And Date Complete Assholes To Make Her Mad! 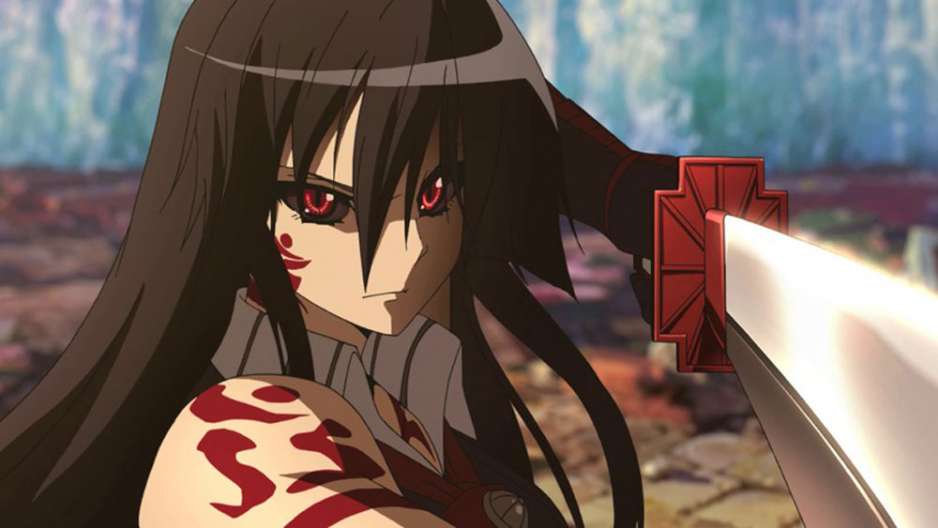 Sometimes, mothers and daughters fail at becoming best friends. Furthermore, the kiddos start to act up at a very young age, trying to hurt their moms. Why does that happen, and why is that a very bad path for a young lady? In this “I hate my mother and date complete assholes to make her mad” post, we’ll take a look at the very root of the problem and try to figure out exactly what causes them to do that.

When they’re young and fragile, girls can’t even take two steps without their moms and love them to death. However, when they grow up, something changes, and the cute little things turn into crazy “monsters” with a bad attitude.

Are they just acting up, or maybe there’s something bigger hidden behind that anger and resentment? And what can the moms do to fix that? One thing is certain: whenever a daughter starts to hang around douchebags in order to drive her mother mad, it usually ends badly.

First of all, they ruin their relationship with probably the closest friend/family member they’ll ever have. Secondly, if they take it too far, they also lose a place to stay (which is a huge problem, especially when the girl is still young and can’t support herself).

I Hate My Mother – What Makes The Girls Think And Feel That Way?

First of all, this has a lot to do with anger management issues. Whenever young men and women fail at finding common ground with their parents, they tend to go to extremes and behave like little kids (even though they do get mad when treated like ones). Historically, mothers have always been close with their daughters, teaching them how to do stuff, how to behave, et cetera, and that can be equally good and bad. The thing is – it’s easy for us to lash out at people we know and love because we think that we’ll get away with it.

#2 – Figuring Out Why This Happens

As we just said, moms are the most vulnerable targets, and they are always available. Brothers, sisters, and especially fathers aren’t that easy to “mess with”; same goes for their friends at schools. So, they pick their moms as their scapegoats. The teachers, the principles, and other officials can also do a lot more harm than the moms.

Furthermore, since the dads are usually busy at work, and the siblings don’t really care, it’s up to the mothers to play the bad cops, so to speak. Thus, the girls do all kinds of stupid things like hanging out with the wrong boys just to drive them mad. They say “I hate my mother” without realizing that it hurts the most precious person in their lives.

It’s a known fact that it’s hard to be a mom to a teenage girl: no matter what you do, you’ll always end up being the bad guy. But it’s ok, though, as when they grow up, most girls realize the fault of their ways and start to look at their mothers from a completely different angle. At the same time, some women that are fed up with the behavior of their girls prefer to hit back and turn into control freaks.

Yes, it’s easier, but not necessarily better. If you’re struggling with the same problem, please don’t start World War 3 with your daughter, because she’s ultimately just a child with hormones trying to find her place on this somewhat harsh planet.

I Hate My Mother – Why Is Acting Up A Bad Move?

According to the experts, modern-day girls experience puberty at a very young age: at 10 or even at 9. With that, they turn into little monkeys with a bad mood 24/7, a very irritable, sensitive nature, and an impossible attitude. That’s why most teenage girls (15/16-year-olds) say “I hate my mom and date morons to drive her crazy.” Well, if you keep doing that, even the most “angelic” mom in the world will start to think less of you. So, DON’T do that just to make her feel bad. Believe us – you’re already causing her a huge headache.

#2 – You’ll Run The Risk Of Ruining Your Family

It’s one thing to be a “normal” teenage daughter with issues; however, if you push it too far, that might be very bad for your family. It’s not rare for husbands and wives to get a divorce because of their kid(s). Obviously, they’ll never say that in your face, but when you grow up, everything will become clear. Stop being selfish, get that “I hate my mother” thought out of your head, and try to see the bigger picture.

Get this: unless you mom is an impossible beast, don’t cut your ties with her. Sadly, some mothers and daughters fail at recognizing what’s at stake and keep ruining their relationship. As a result, the young girls leave home and lead their own, “adult” lives. Obviously, that’s very bad, and we’re not talking about the need to do the dishes and pay the rent. As mentioned, your mom is a very important person in your life – don’t push her away for something you probably won’t remember in a week.

As you can see, even though it usually starts with girls dating assholes to embarrass/confuse/drive their moms mad, it can escalate quickly and the result can be devastating. 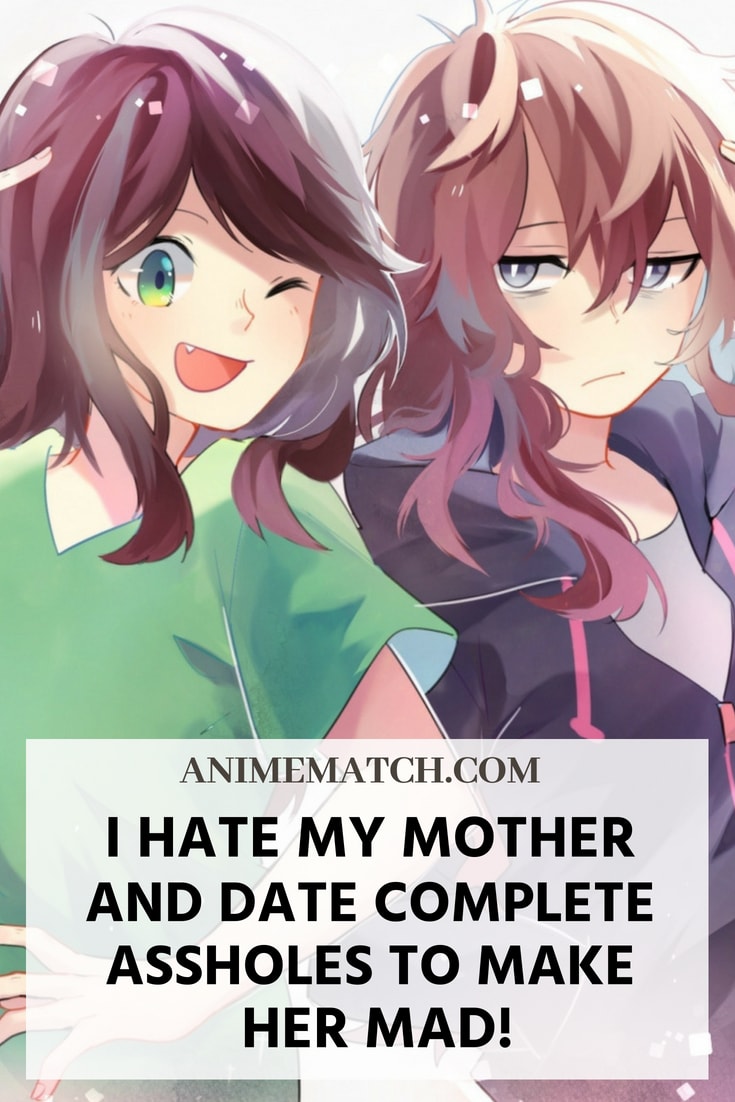 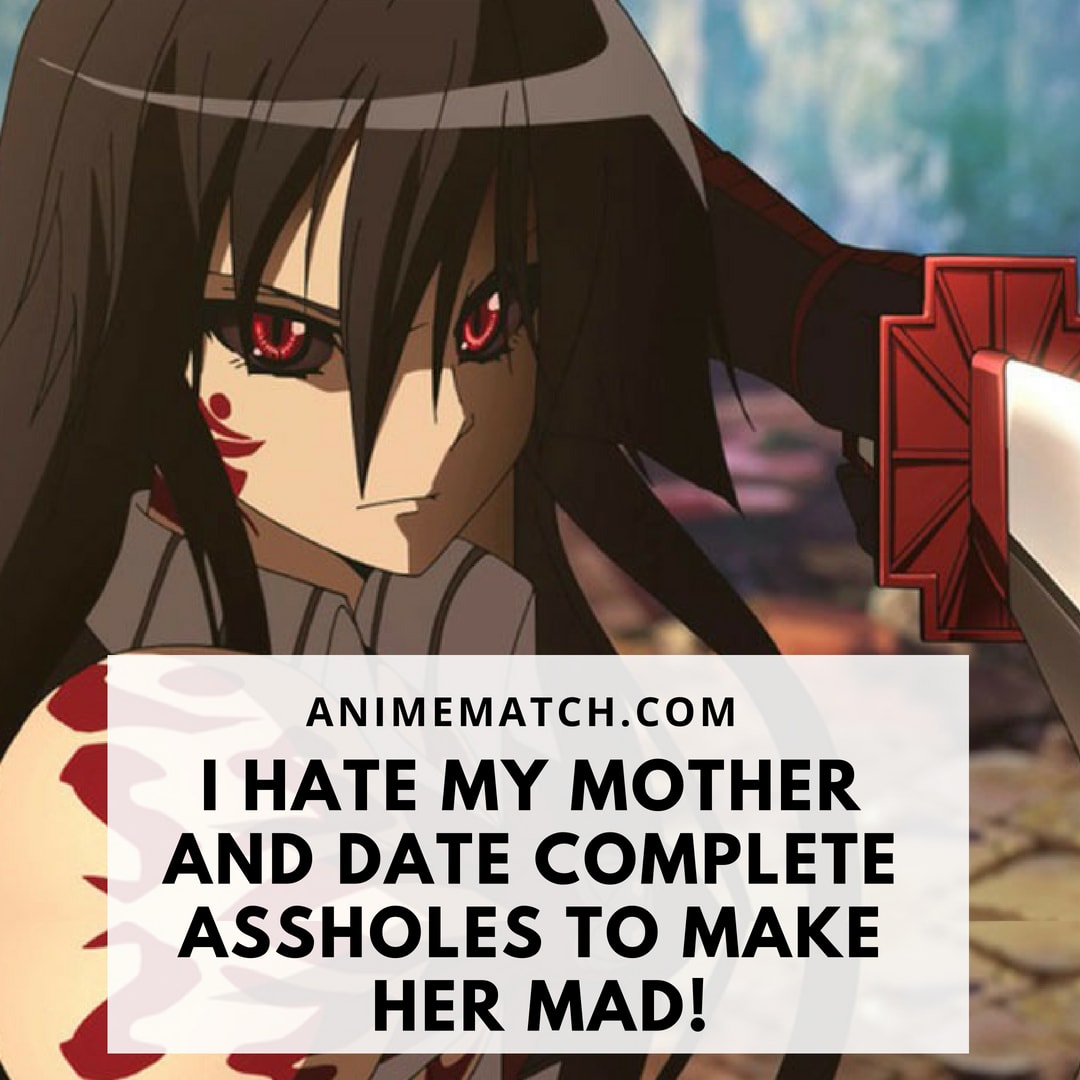