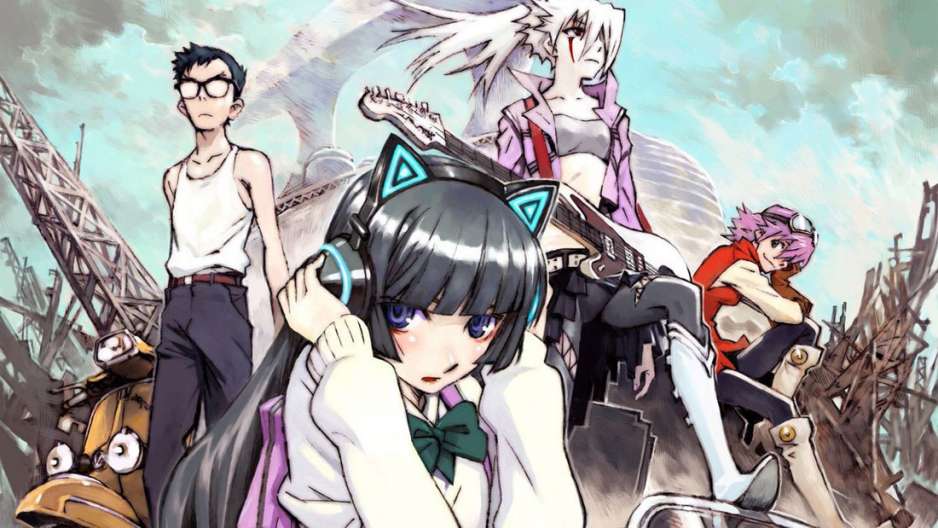 Japan is getting ready to welcome not one, but two sequels to the legendary OVA FLCL. And with the FLCL sequels release date officially confirmed, it’s only a matter of time before they take over the country and the entire planet.

Yoshiyuki, the man responsible for the amazing design of the lead characters, is a part of the production team, which means these new releases are going to be just as good as the previous ones. Along with the dates of arrival, we also have the official trailer that is here to give us something to “chew on” while the wait is over. It is pretty long, informative, and shows once again exactly why it is so popular.

FLCL is a 6-part OVA that came out in 2000. Naota, a regular 12-year-boy, is the lead character of the series. He’s leading a completely normal life until one day, a mysterious girl named Haruka comes into his life. She’s riding a vespa and is nothing like the girls/women the kid knows.

As for the sequels, Tsurumaki Kazuya, the man who created the series with his own hands, is also involved with both projects. The Pillows, a commercially-successful band, is writing new, exclusive music. So, when is the FLCL sequels release date? Alternative will arrive on the 7th of September; Progressive is set to come out a bit later – on the 28th of September.

FLCL – A Big Event In The World Of Anime

It all started with an OVA anime series. The original 6 episodes, along with a manga and a novel, came out at almost the exact time, taking the industry by storm. Two years later, the fans in America got a chance to check it out and instantly fell in love with FLCL. It is constantly being aired in the States and always has high ratings.