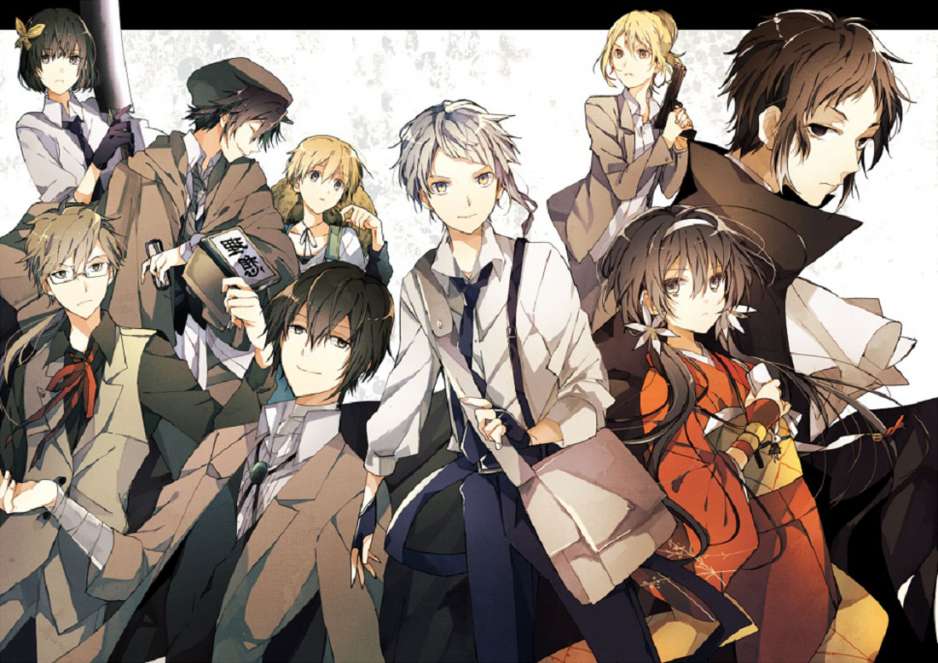 Kafka’s light novel series created a lot of buzz among the fans of Japanese literature for the young men and women. As for the anime series, it brought even more attention to the original. And now we have Bungou Stray Dogs season 3 revealed! After 2 thrilling and exciting seasons, it is finally time for us to learn what the heroes are about to face in their righteous fight.

The news came during a screening of a movie in the Bungou universe on the 21st of July. The charismatic voice actors that play the roles of Dazai and Nakajima were at the event, talking about their amazing time with the franchise and sharing some personal stories.

Kafka, the author of the light novel series, shared the great news on his Twitter account, claiming he had a wonderful meeting with representatives of Bones, the company (or, rather, studio) that handled the first two seasons. So, there’s no going back from this, and with the Bungou Stray Dogs season 3 revealed, we can’t wait to check it out.

Awesome fact: most of the men and women involved with the project during the previous seasons will get back together in order to make sure the new episodes are as good as the originals. Unfortunately, we don’t have any info on the plot or the release date.

Bungou Stray Dogs – A Successful Franchise With A Unique Style

Serialized since 2012, the light novel saw the light of day in 2012. The first season of the anime was introduced to the world in 2016; season 2 aired 6 months later, and the fans have been waiting for the third chapter for two years now. In 2018, the company released an anime movie, but the anticipation for the 3rd season is still huge.