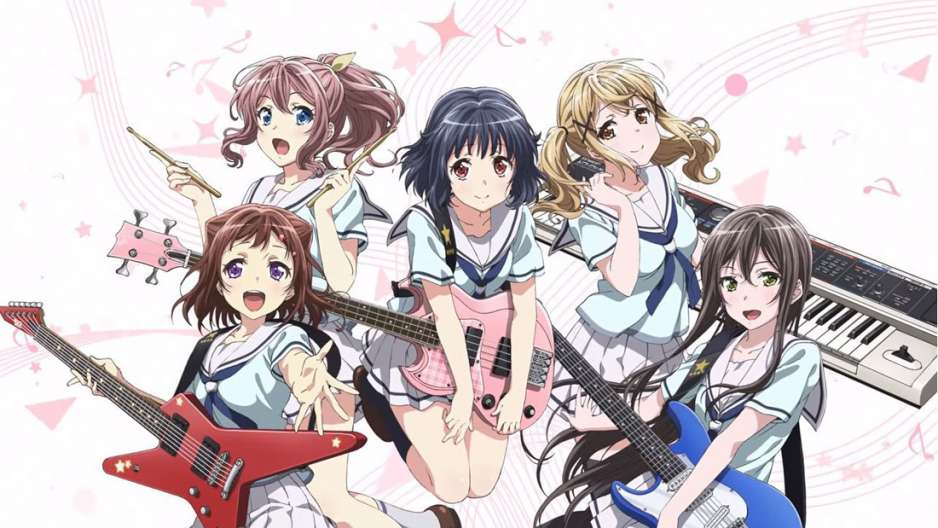 Yes, you heard it right: we now know the BanG Dream! Season 2 and 3 release date! If you’re a fan of the world-famous project then you’ll be happy to learn that there’s a lot of “heat” about to hit the small screens. Along with the official seasons, the company has also released a mini-series this July (it received international praise).

Yes, BanG Dream is slowly, but steadily taking over, and next year is going to be all about cute teenage girls. Now, if this is the first time you’re hearing about it, let us just tell you that this franchise was founded in 2015 and includes a musical band, numerous commercially successful manga series, and, of course, an anime.

The first season came out it 2017 (January 21st, to be exact). Alright, but what about the BanG Dream! Season 2 and 3 release date? Season 2 is set to air in January 2019. As for the 3rd season, it will arrive that same year. According to the official sources, it will premier in October 2019. Sounds pretty awesome, right?

This is important: S2 and 3 will be produced by Sanzigen, a well-known CGI animation company based in Japan. That means Xebec won’t be involved with the project anymore. What does that mean for the series? We’ll have to wait for the release date to find out!

More Than Just Another Anime Series

As mentioned, BanG Dream! is all about high-quality content for the teenage fans. Kasumi, the main character of the series, is a trouble-free, all-smiles kind of a girl – a high-school student.

Even though she’s quite happy with her life, Kasumi can’t stop searching for a heavenly sound (known as “Star Beat”) that she heard back when she was a little kid. The girl’s adventures start soon after she buys a special guitar and forms a band.