10 Dating Red Flags To Look Out For 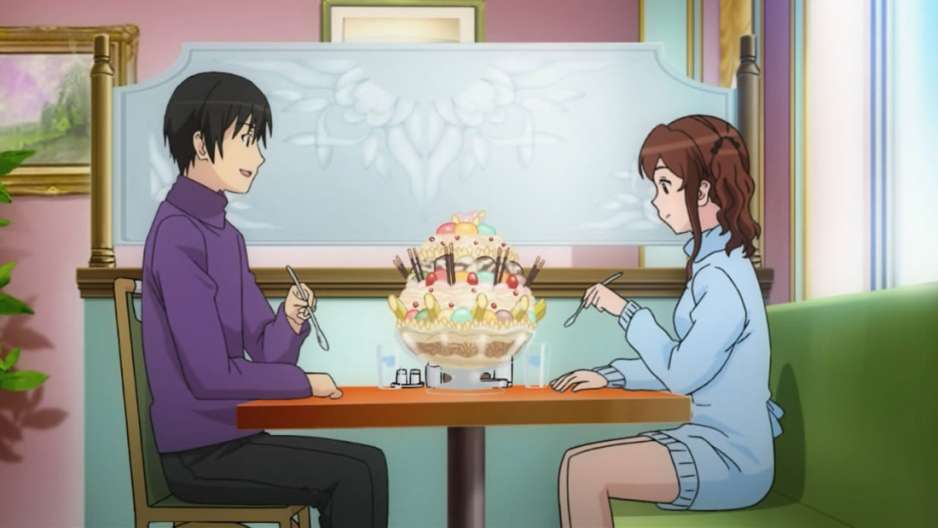 It’s no secret that the first date is always equally exciting, thrilling, and terrifying. A million things can go wrong, and, even if you’ve been dating for years, you’ll still feel the chills. Who is the girl/boy sitting next to you? Are they worth your trust, your respect and, most importantly, love?

The following dating red flags will help you “recognize the beast” and save yourself from an embarrassing/potentially dangerous second date/relationship. Yes, in most cases, dating is like a lottery (or more like Russian roulette), and it’s not that easy to see all those disturbing signs. So, that’s exactly why we came up with this list: it’s like a manual for figuring out the person on the other side of the table.

The Most Common Dating Red Flags

#1 – They Are Rude And Disrespectful

No, we’re not talking about crazy folks that are disrespectful with their dates, but rather the waitress, the staff, and everybody else around you. Usually, people like that try to be extra nice to you, but only in the beginning. Once you fall for that fake attitude, there will be no going back. Keep your eyes on him/her all the time and discuss other folks in the bar/restaurant. If they talk trash about them as well (especially the couples), that means you’re better off alone.

Another common red flag: your potential future partner is way too pushy, especially for the first date. In a relationship, no man/woman is supposed to feel uncomfortable and constantly fight for not doing certain things. Say, if a fella is pushing you to get intimate early on, that’s one of those no-no dating red flags. Sometimes, people go crazy and demand to move in with you, meet your parents – stuff like that. Just turn around and run!

#3 – They Are Generally Irresponsible

While this shouldn’t bother you on the first date, irresponsibility can be the one thing that will ruin your relationship later on. Besides, most of the times, the first date turns into the second one, and then you find yourself living under the same roof with someone. Please don’t mistake childish behavior with being a child at heart – those are two different things. Still, your partner needs to be financially responsible and independent.

#4 – Your Future Partner Is All About That Drama

Again, nothing wrong with being a little bit too dramatic from time to time, but do avoid the so-called drama kings/queens. As the psychologists put it, some folks just live for the drama. As a general rule, these people always want to be at the center of attention and freak out whenever you’re not 100% on their side. Oh, and nothing is ever their fault. Of all the dating red flags, this is probably the most annoying one.

At the end of the day, a person like that will end up hurting you –really bad, if you happen to fall in love. There’s nothing worse than having feelings for someone and not being sure whether they’re all in or not. If that happens to you, try to find the necessary strength to break up before it’s too late. It will be a lot more painful if you do nothing, and that’s a fact.

#6 – The Man/Woman Doesn’t Care About Your Interests

This is another one of those dating red flags that will be hard to spot on the first/second date. Still, if you pay enough attention, you’ll be able to figure this one out. Basically, people that only talk and care about themselves aren’t really relationship material. Dates that fall into this category will show absolutely no interest in what you like and love but will demand your full attention when it comes to what they want.

There’s nothing wrong with keeping your personal life private, but not when you’re talking to a potential partner. So, if the man/woman you’re trying to date doesn’t want to open up about their work, hobbies, friends, and family, there’s probably something wrong with them. Same goes for you: don’t keep anything important, and that’s especially true for your feelings and emotions.

Yes, some people just don’t understand that both sides need to be satisfied. Remember: people that love each other want to make their partners feel good and put their satisfaction first. Of all the dating red flags, this one can say a lot about a person’s attitude towards others.

#9 – They Refuse To Introduce You To Their Family/Friends

If you’ve been together for months, and your partner still wants to keep you a secret from all the important people in his/her life, that’s not really cool. And while you shouldn’t go crazy and destroy all the good things that you have together because of this, still, make sure to figure out exactly why this is happening. Usually, when we’re happy with someone, we want others to know about it.

In an ideal relationship, the partners change each other for the better. However, that doesn’t mean you’ll have to “adapt” to whatever image of you they have in their heads. The bad news is – love usually clouds your judgment and you fail to notice how you’re losing your own self. The right girl/guy won’t try to change you – they will appreciate and admire you – the real you.

Do These Red Flags Mean It’s All Over?

So, we’ve just discussed some of the most common dating red flags that tend to ruin a relationship (sometimes even before it starts). Yet, the truth is – they’re not always enough to destroy a couple’s happiness. Nobody’s perfect, which means you shouldn’t focus on the bad sides of your partner but rather appreciate all the good that you have together.

Besides, you probably have a couple of red flags of your own. Talking about things that bother you both, giving second chances, and working together towards solving the problem – that’s the best way to not only save but also strengthen a relationship.

It’s a known fact that the first impression is very important; but, most of the times, all the possible red flags can come forward just because the man/woman was too nervous and tried too hard to impress you. The bottom line is – if your gut is telling you that the person sitting on the other side of that dinner table is exactly what you need, then no flaw will make you change your mind.

Keep fixing your own issues and try to be as supportive as possible. Love, acceptance, and mutual hard work – those are the cornerstones of a long-lasting, healthy, and happy relationship!