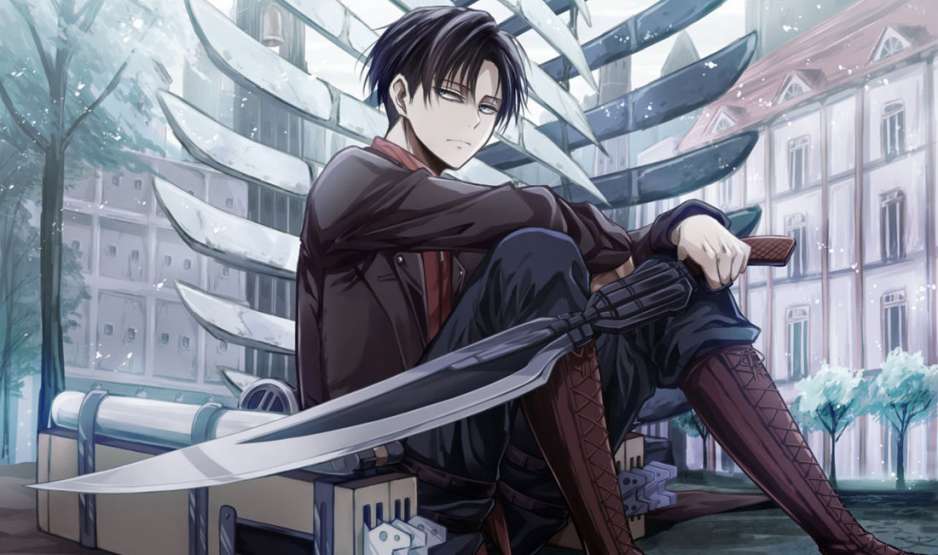 The summer vacation is over, which means it’s time to go back to work. Now, wouldn’t it be great if your boss was a cute/masculine young man with a great sense of humor? In today’s 10 best male bosses from anime post, we’ll do our best to find the top fellas that would fit that role.

Most of us dream of better places to work at, but what about the actual people that run the place? This list is based on a survey made by a big, bad company. Obviously, most of the voters were women, which might partially explain the somewhat unusual picks (but hey – if they picked them, then they must be the right ones).

As always, don’t forget to post your own lists and share whether some of your favorites made it into this “official” list or not. It’s quite hard to be a cool boss while still keeping that authority figure and respect among your workers. According to the 10 best male bosses from anime survey, every single one of these fellas will be able to do just that. Alright, ready to check out the winners?

10 – Yang Wen-li (from Legend of the Galactic Heroes)

While Kondou and Frieza were among the obvious leaders, we still can’t understand why Nohara from Crayon or Hatake made it into the list. Well, you’ll never know what the fans really like, right? In any case, it’s obvious that the characters that won the bronze/silver/gold medals in this 10 best male bosses from anime competition had more to offer to the regular “employees” than the rest of them. Can you guess which fellas made it to the top?

This guy is no stranger to working with people. Aside from being one of the best swordsmen out there, he also has quite a charming character and would love to help you out with something at work. Keep in mind, though, that lazy is his second name, and despite the dashing looks and mad skills with a katana, this guy isn’t really good for anything else. Sakata managed to take 5% of the total vote, thus winning the bronze medal.

The original manga hit the shelves back in 1988, which means it’s been around for 30 years. As for Gotou, he’s not really a big fan of grand speeches. This man is all about taking action into his hands and proving his worth that way.

So, even though Kiichi is mostly “hiding in the shadows” when the time comes, he steps up and takes the lead. It’s people like this that deserve to be among the 10 best male bosses from anime simply because they “deliver” when things get out of hand.

A remote high-five goes out to all the girls (and boys) that voted for Levi. This guy managed to earn 7% of the total vote and take the gold medal (by the way, Gotou received 6%). Levi is one of those guys that girls constantly fall in love with. True, his manners might be a bit stiff, but when it comes to beating his opponents on the battlefield, few men can compete with him. Add a charismatic voice and high morals, and you’ll get a boss every woman dreams of. 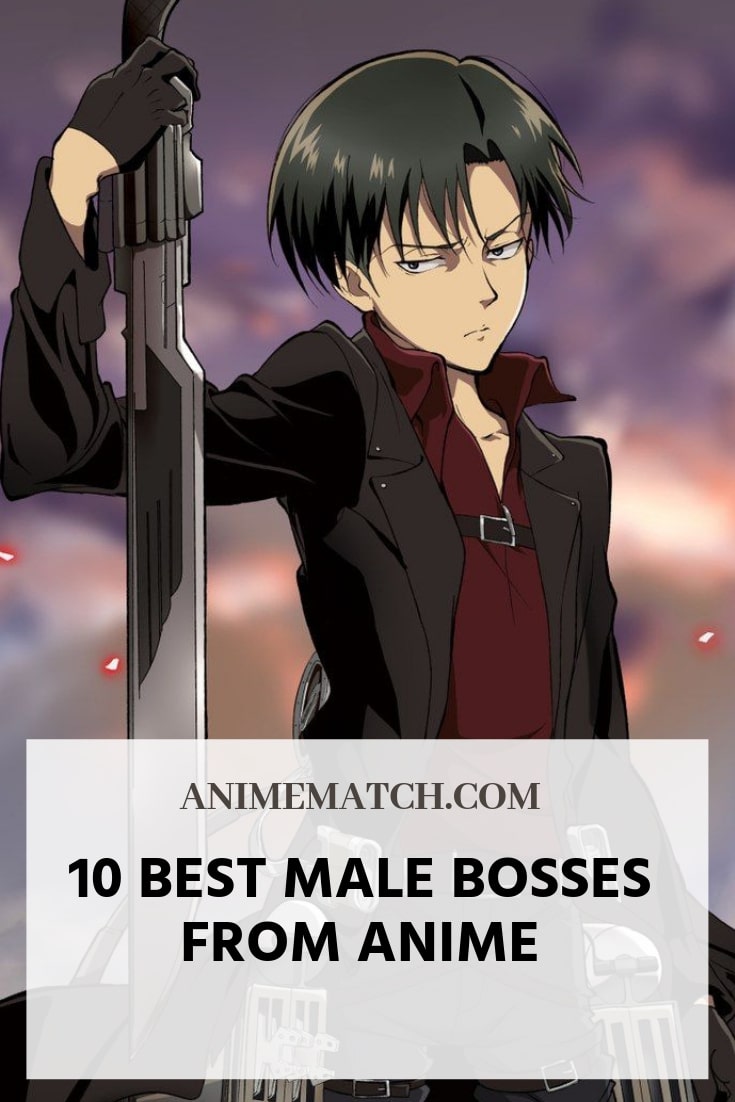 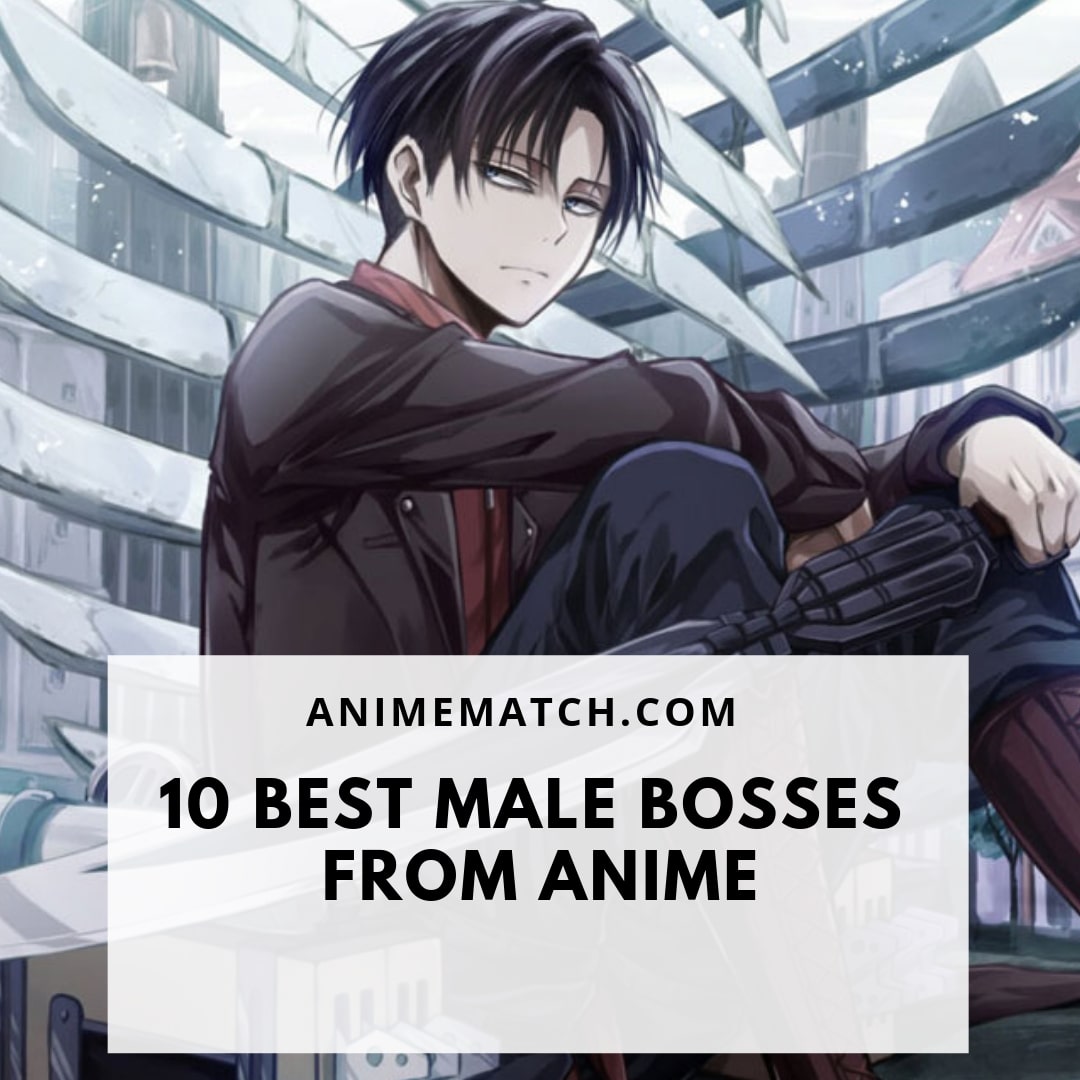