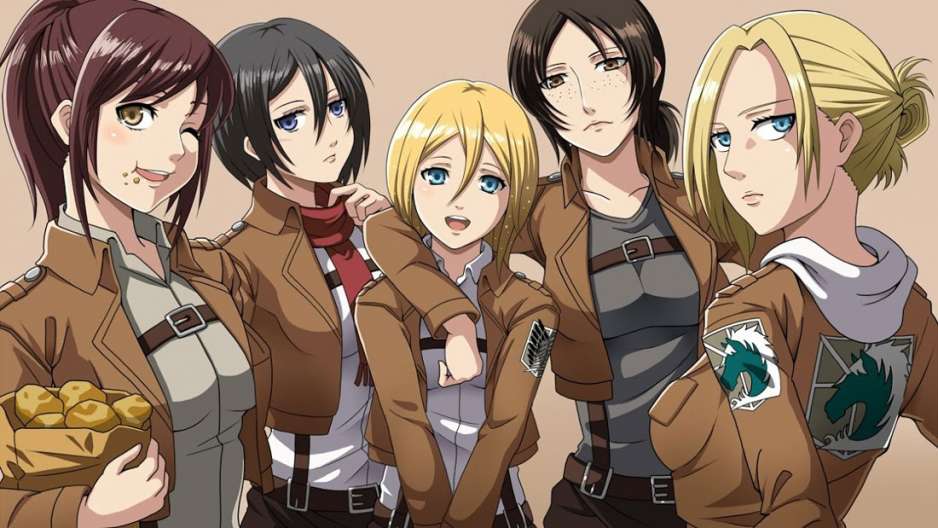 Have you ever heard the term Waifu? Basically, it’s a virtual character from a video game, anime, or manga that you want to be your wife. Today, we’ll find the 10 best female characters from anime to marry and rank them according to the public vote. Yes, this isn’t our personal list, but rather the results of a survey (overall, 1900+ people participated in it).

It’s no secret that marriage is hard – you probably already know that from personal experience. But, at the end of the day, it all comes down to picking the right man/woman and being ready to sacrifice your free time, energy, and everything in between for that person. The following ladies know that very well.

Let’s get right to the 10 best female characters from anime to marry list and check whether our own favorites have made it to the top or not. Now, according to statistical analysis, people don’t really care that much about the 10-4 and are a lot more interested in the top-3. Thus, we’ll simply give you a list of the girls that made the list and focus all of our attention on the characters that won the medals.

4 – Kato Megumi (from Saekano: How to Raise a Boring Girlfriend)

There’s no denying the fact that Koizumi, Hirasawa Yui, and Chitanda are incredibly popular among the fans (especially the fellas). However, they didn’t really make it into the top-3, even though we were kinda hoping for that to happen. So, what do we have in the end? We have a bunch of commercially successful anime with internationally-known characters that are still lagging behind the leaders. The question is – who are they – the leaders? Let’s find out!

Known as Shingeki no Kyojin, AoT is one of the greatest Japanese franchises of our time. And, even though most of the heroes of this story have to be extra tough in order to survive the harsh reality of life, Christa is all about tenderness, sweetness, and all those “girly” qualities.

Kind-hearted and with a pure soul, she’s the dream wife of a real otaku. Interesting fact: Christa is equally loved and cherished by the fans and by her friends in the anime/manga – the list of potential husbands is enormous! That angelic face sure does give the men the necessary strength to keep fighting the good fight.

Just look at that girl: wouldn’t you want to marry her? Exactly! Yes, Ram is just as beautiful and sexy, but there’s something about Rem that makes her virtually irresistible. First of all, she’s totally adorable, which is a must for a waifu. Secondly, her dedication to Subaru is admirable. She is extra supportive of her friends; plus, the girl is smart and capable of great things.

AKA Erika, Yuki is the obvious winner of the 10 best female characters from anime to marry list. While there’s no doubt that Asuna is a gifted fighter and can lead her people to victory, it’s her love for Kirito that makes the girl special. Men like confident and strong women that also have big hearts and loving personalities. Well, that’s exactly why Yuki won today! 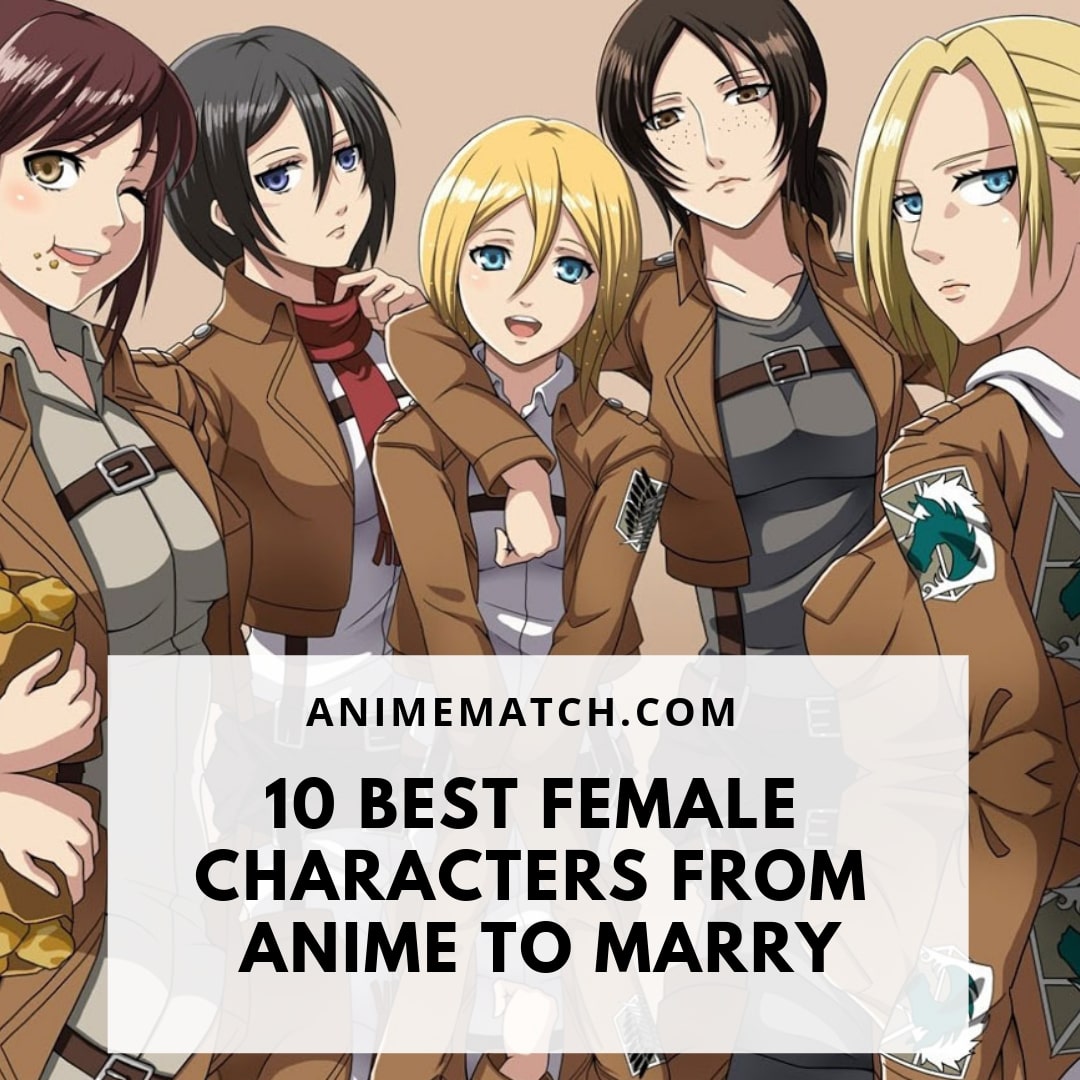 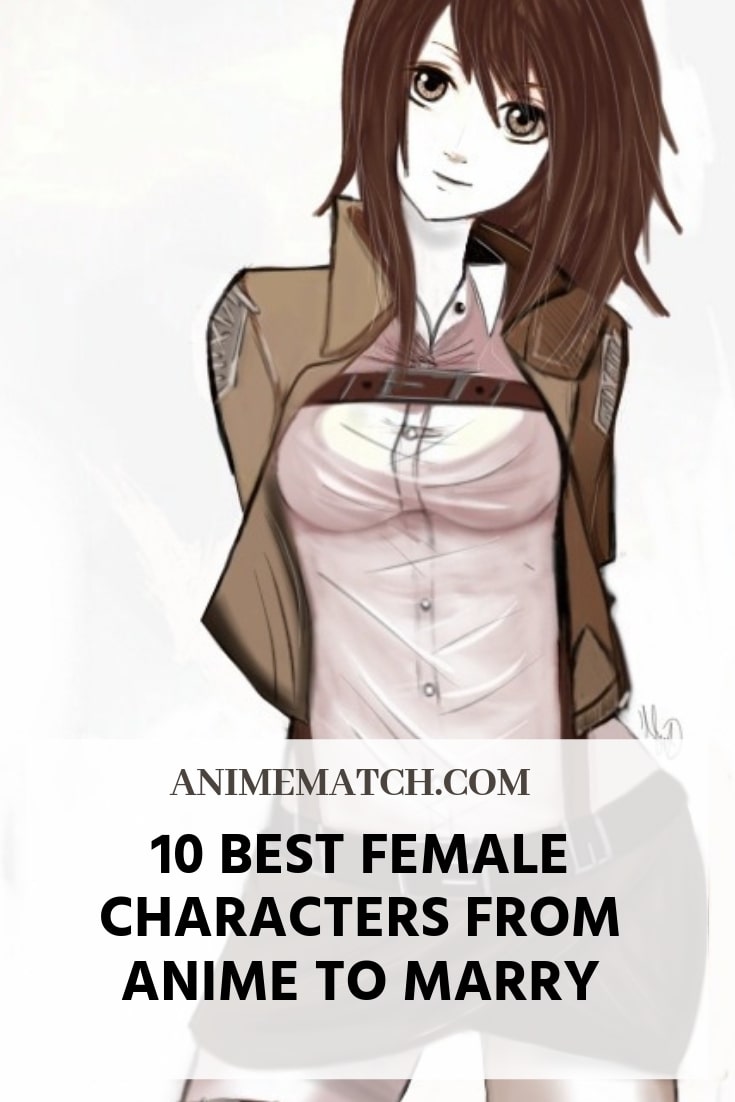