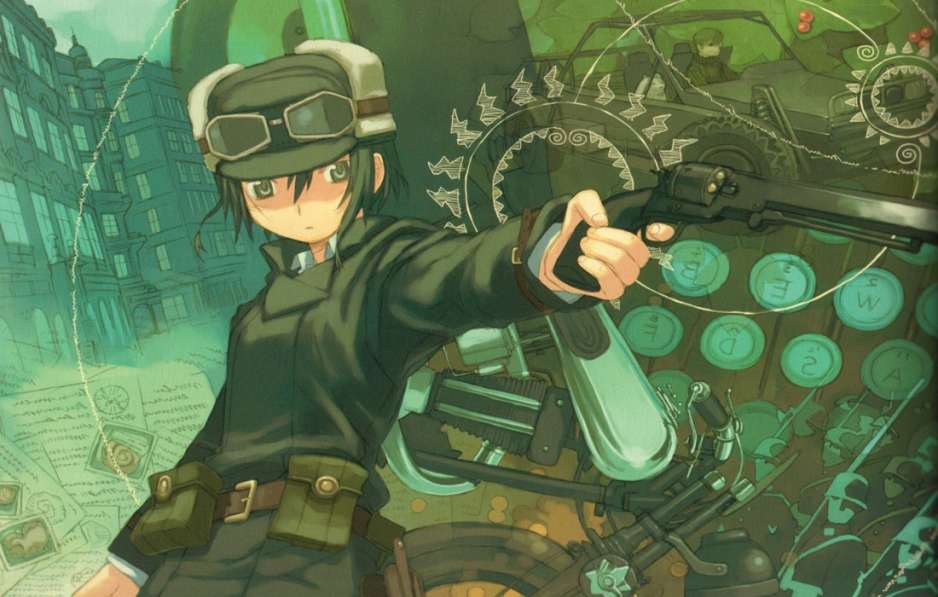 It’s no secret that anime characters are constantly moving not only from one city to another but also traveling through various worlds and dimensions. In this 10 best adventure-themed anime list, we’ll be discussing the top anime where we, the fans, can follow the heroes to mysterious places and feel the thrill of an adventure.

We based our list on a survey by Anime!Anime!, one of the biggest and most respected resources on the Internet. Interesting fact: almost half of the male respondents were younger than 19, while ~30% were in the 20s. Ok, are you ready to join your favorite characters in a life-defining journey?

Fact: the competition was very stiff and, as you can see, we’ve got several titles on the #8 spot. Overall, there are 11, not 10 anime, but that’s ok, as we won’t focus on every single one and will only talk in more details about the top-3. The 10 best adventure-themed anime list looks like this:

6 A Place Further than the Universe

The fans of anime will definitely recognize every single anime and go back down memory lane with One Piece, Jojo’s Bizarre Adventure, and other iconic series. In fact, every single title on the list deserves to be on the pedestal. However, it is what it is, and right now it’s time to check out the winners. Who do you think will take the crown? By the way, if you don’t agree with our survey, just go ahead and share your own “ideal” list in the comments

Even if you hate anime and would rather watch old black-and-white movies, you probably still know about this series. With 10% of the total vote, the Pokemon franchise managed to win the bronze medal. Known to most kids around the globe, this is more than just another anime, but rather a phenomenon.

The story is focused on Satoshi, a young boy set on becoming a Master. To do that, he has to travel to multiple countries and see all kinds of thrilling new continents. It’s safe to say that every single school kid would rather join Satoshi in his journeys than listen to the boring teachers.

With 11% of the total vote, GLT managed to beat Pokemon by only 1%! In case you didn’t know, this award-winning series is set in a futuristic world left in ruins. The governments have failed, and we follow the struggles and adventures of two lovely girls. What will they find in the ruins of a collapsed world? Is there a way to restore law and order, or is this world forever lost? GLT certainly does deserve to be among the 10 best adventure-themed anime.

Alright, we’ve made it to the top of the list! Now, while Pokemon and Girls’ Last Tour are all kinds of awesome, KJ beat them both by winning 29% of the total vote, which makes it the undisputed champ. Kino, the main character of the story, is a young girl who travels the world on a talking bike. She never stops for more than 3 days and keeps on hitting that gas pedal.

This mysterious world looks a lot like the 20th-century Europe. And we, the fans, get to follow Kino on her travels and learn more about every single country and nation. 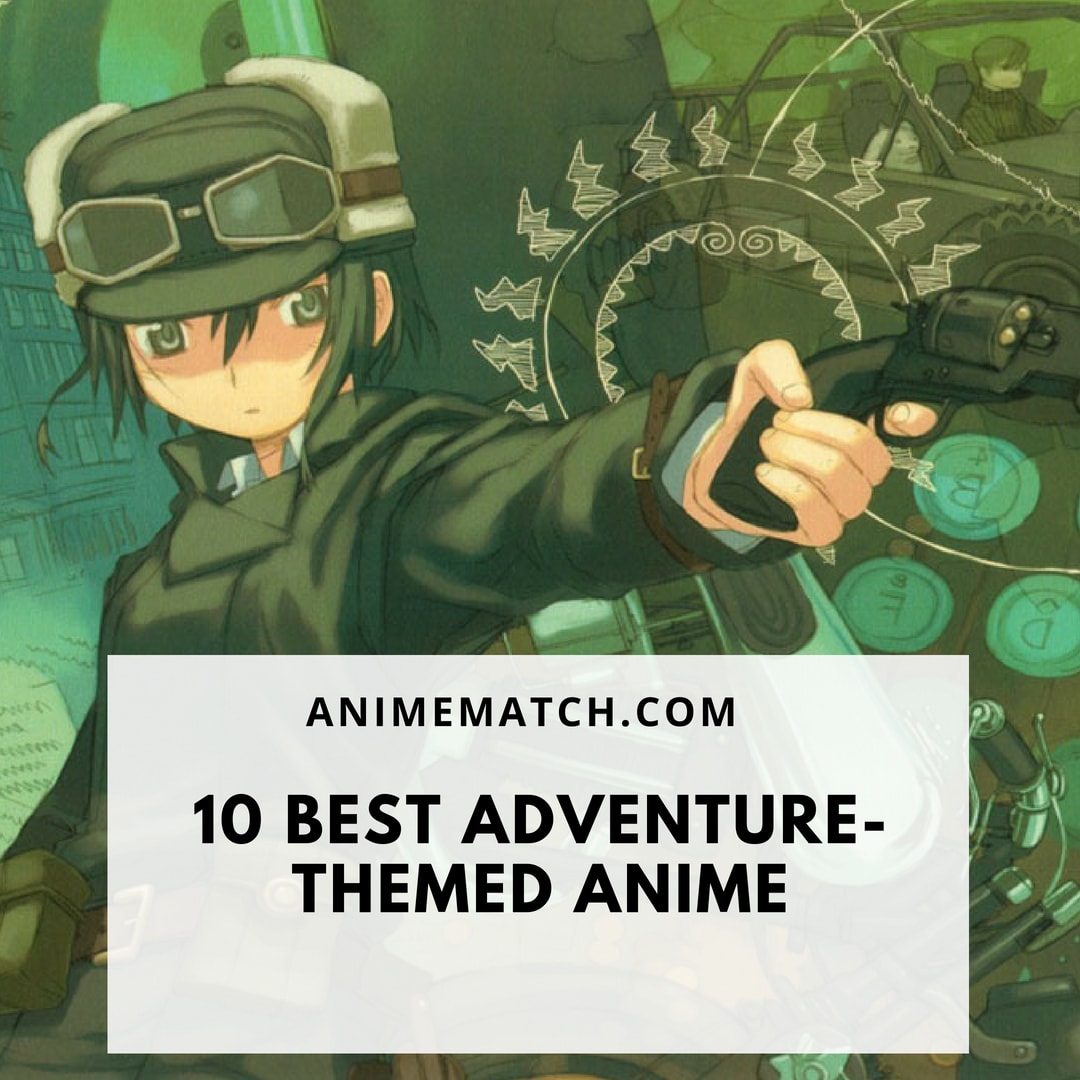 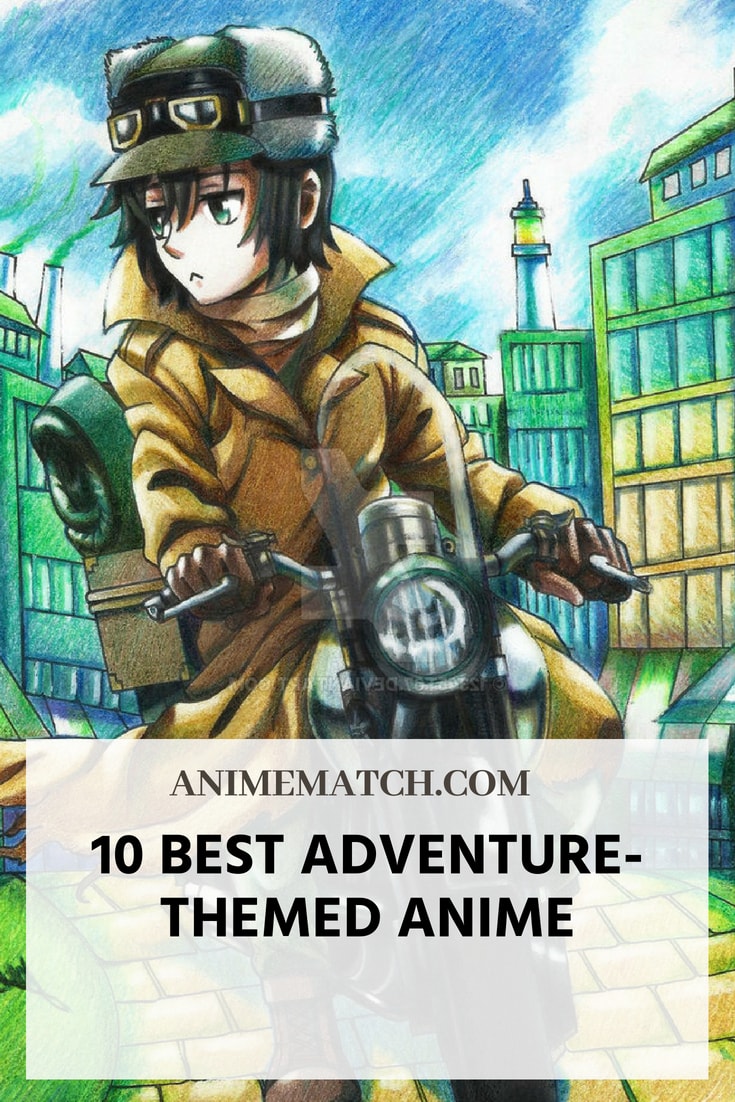